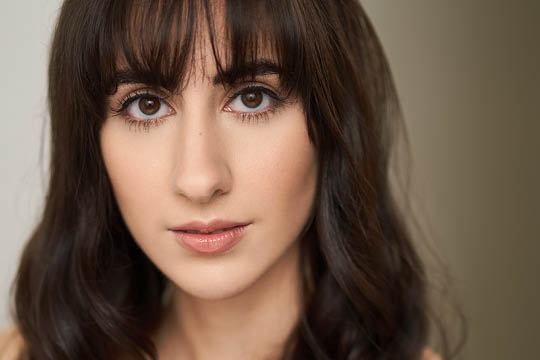 Ava Maria Safai is an actor, singer-songwriter, and producer. She grew up in the heart of
North Vancouver, where she trained under the likes of Kathleen Duborg, Stephen Drover, Susan
Bertoia, Marisa Gaetanne, Diana Kaarina, Fred Safaei, and most recently, Natalie Weiss. Ava
Maria graduated from the University of British Columbia in May 2020 and currently holds her
BFA in Acting. In addition, she is actively pursuing her ARCT in Piano and Voice Performance
from the Royal Conservatory of Music.

Following the placement of her first single “Finding Hope” on Lifetime’s Dance Moms,
Ava Maria released her debut album We’ve Got Issues, her EP The Butterfly Acoustic and her
merchandise line at her concert on the Red Gate Revue Stage. She has garnered over one million
views on YouTube, been featured in Maclean’s magazine, and was selected as The North Shore
News’ “Favourite Local Celebrity” (2018). She is also a recipient of numerous awards, including
the Don S. Williams Grant, the Evelyn Jasiulko Harden Scholarship in Theatre, the Rise Up
Award and the Katie Drysdale Music Theatre Scholarship. To date, Ava Maria has produced
three original albums and is frequently commissioned to create original music for film and
television.

You may recognize Ava Maria from her most recent theatrical performance in UBC
Theatre’s Revolt, She Said. Revolt Again, where she was recognized for her “mature, searing and
grounded” work (Britt MacLeod, UBC Players Club). Her selected credits also include Alicia in
Barefoot in Nightgown by Candlelight (Seeing Things Collective), Sandra in Memory Lane
(Vancouver Film School), and Julie in Unmasked (GrandMuse Pictures Ltd.). Her dream role is
Regan in Shakespeare’s King Lear.

When Ava Maria isn’t performing, you will find her hard at work in her home studio,
where she constantly produces and prepares exciting new work for the world to see.